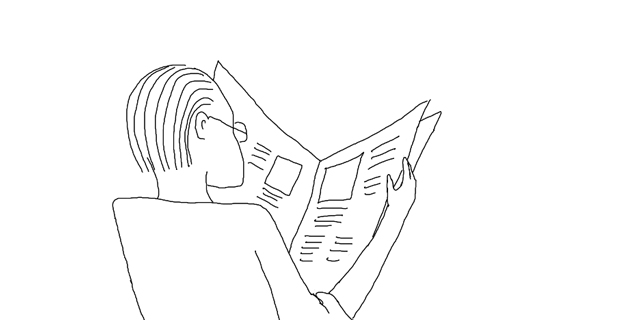 “[Johanna Kindvall’s] first solo book is “beyond beautiful. She’s a wonderful artist and illustrator. It’s got all the elements of hygge in it, and it offers a new way of thinking about small plates.”
– Judith Rosen, Publishers Weekly

“Illustrations leave room for more creativity in the kitchen.” – Q&A with Johanna Kindvall by Anna Brones at Comestible Journal

The Social CTV – Self-care traditions from around the world

Marin Independent Journal – Cookbook review: ‘Smorgasbord’ is all about gathering together around food by David Cook

Food52 – How to Get Your Smörgås On by Johanna Kindvall

NPR – The Salt, December 2017 – At Christmas, The Swedish Smörgåsbord Redefines over the Top by Larissa Zimberoff

NYTIMES, April 7 2015 – A New Cookbook Imparts the Art of the Swedish Coffee Break by Lindsey Tramuta

Saveur Magazine, November 2017 – The Cinnamon & Cardamom buns (from Fika) listed as one of 9 best Fall cravings

Genius Kitchen, December 2017 – Smörgåsbord listed as one of their favorite picks for a cookbook club

Elle Decor, November 2017 – ‘Fika’ is the Swedish version of a coffee break — And we should all be embracing it by Becca Endicott

AFAR, November 2017 – The Smörgåsbord cookbook listed in the Gifts for the Consummate Reader – list

The Wine Society, November 2017 – The Christmas Table by Johanna Kindvall

Signature Reads, September 2017 – How Moving to New York from Sweden Changed My Approach to Cooking – by Johanna Kindvall

Publishers Weekly, September 2017 – From a Buyer: The Seven Most Anticipated Cookbooks of Fall
by Judith Rosen

COOL HUNTING, March 2015 – Review of Fika – The Art of the Swedish Coffee Break by Hans Aschim

The Huffington Post, 2017 – Food as Art: Out-of-the-Ordinary (Food) Instagrammers To Discover in 2017 by Jamie Schler

Evening Standard, UK What is fika? Everything you need to know about the art of the Swedish coffee break by Liz Connor,

Epicurious, November 2015 – Take a Break with a Swedish Fika by Mindy Fox

The Kitchn, 2015 – Article by Anna Brones including recipe from Fika

Eater, 2015 – Fika Wants to School You on the Swedish Coffee Break by Kat Odell

The History of Punch, the Art of Fika – KCRW radio interview (end of the program)

Food in Jars – Book review of Fika by Marisa McClellan

The Globe and Mail, Canada, 2015 – How Swede it is: A charming new book illuminates the art of fika, the Swedish coffee break

edible Michiana, Spring 2015 – Article about Fika with two recipes from the book Fika – The Art of the Swedish Coffee Break (by Anna Brones & Johanna Kindvall)

The Foodie Bugle magazine, reveille 2, 2013 – feature about The Culinary Cyclist (by Anna Brones illustrated by Johanna)

In September 2011, Kokblog was listed as one of  55 Great Global Food Blogs by Saveur Magazine

Illustrated Recipe for stock was used in a post at GOOD, 2011